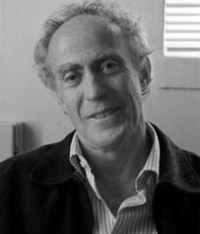 David Kaplan is currently Professor of Business Government Relations and Professor of Economics at the University of Cape Town.

His work on innovation includes being the coordinator of the task team that produced the Green Paper on Science and Technology (S&T), December 1996; engaging in the White Paper on S&T, June 1996; panel member for two Five Year Reviews of the CSIR; member of the National Advisory Council on Innovation, 1998 – 2004. He provided input into the Ministerial Committee on Science and Technology (2011-2012) and is currently a member of the board of the Technology Innovation Agency.

Recently he has undertaken work for the World Bank, the African Development Bank, the United Nations Economic Commission for Africa, the United Nations Industrial Development Organisation; and Business Leadership South Africa. He has also co- published, with Mike Morris and Raphie Kaplinsky, a book on commodities and industrialisation in Africa: One Thing Leads to Another. Promoting Industrialisation by Making the Most of the Commodity Boom in Sub-Saharan Africa.